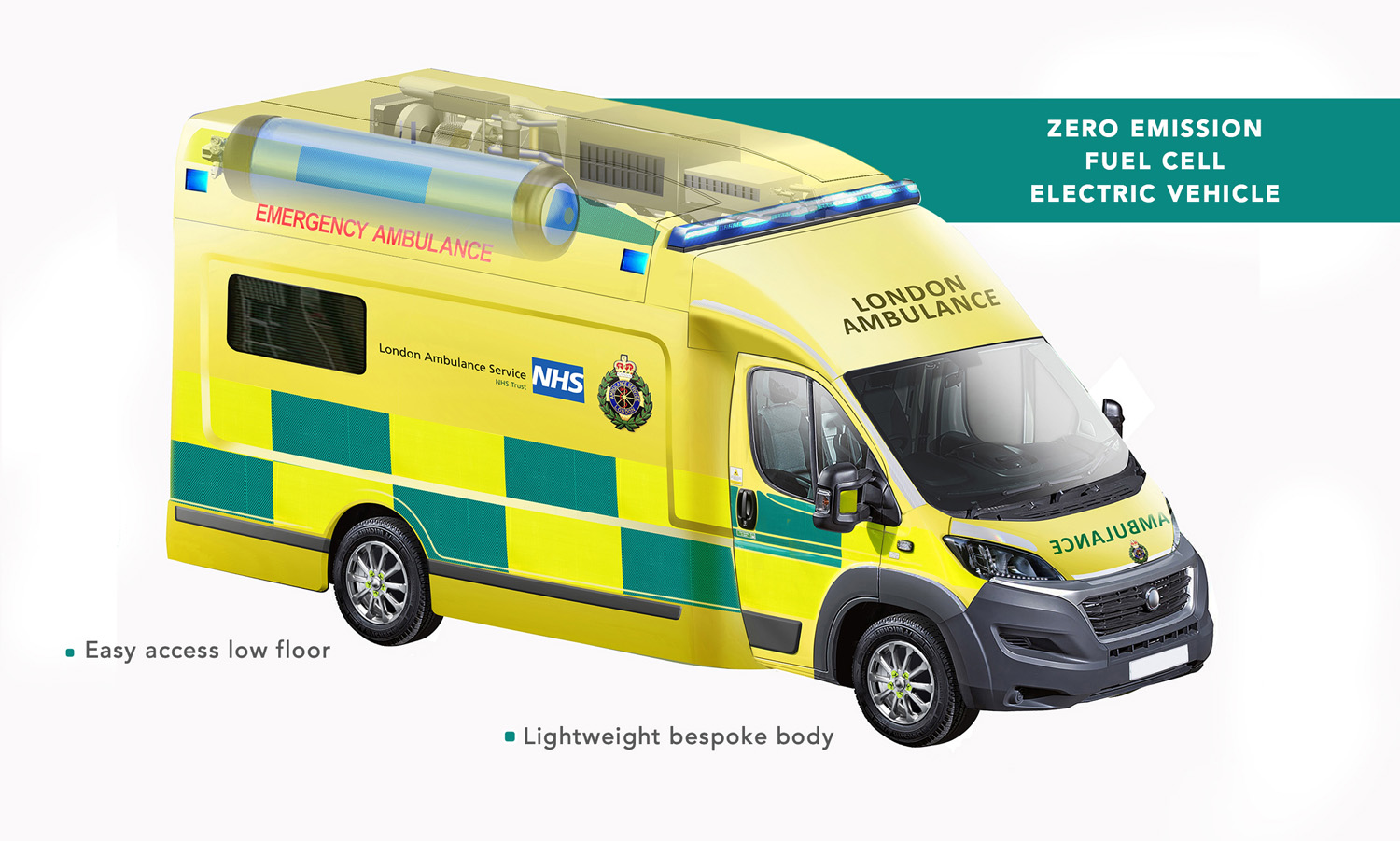 London’s first hydrogen-powered ambulance is set to take to the road later this year, carrying an NPROXX hydrogen storage tank system that is capable of storing up to 8kg of compressed gas at a nominal pressure of 350 bar.

The prototype vehicle is currently being built as an example of what the future can hold for high-tech ambulances will be delivered to The London NHS Trust service this autumn by UK hydrogen conversion specialists ULEMCo and partners. NPROXX has worked closely with ULEMCo to assist in the design of the conversion, deriving a design solution that places the hydrogen storge tank in the roof space of the ambulance, which will give a payload of up to 900kg while offering a low-floor chassis for easy patient access.

“Emergency ambulances need to be ready to go at any time, so speed of re-fuelling and range are key factors when looking to transition these vehicles to a decarbonised energy source” explains Philipp Breuer, Sales Manager Automotive & Heavy Duty Vehicles. “This project is designed to show that a hydrogen fuel cell solution can offer a clear advantage over battery electric power alone. We expect that this ambulance will be able to travel significantly further and refuel faster than a battery-powered equivalent.”

Named ZERRO  (short for Zero Emission Rapid Response Operations), the prototype ambulance will be powered by a combination of a 30kW fuel cell, with NPROXX’s type IV pressure vessel and a 400V 92kWh battery. The fuel cell will act as a range-extender to charge the battery when needed. This will give the ZERRO  an expected average daily range of 200 miles (320 kilometres) and a top speed of 90mph (145kph).